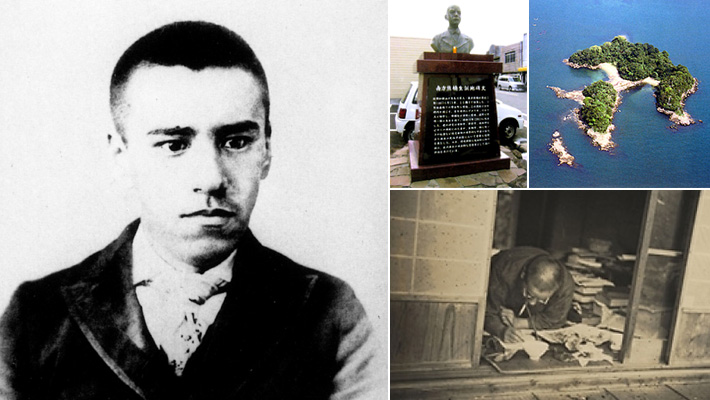 Minakata Kumagusu is the great natural historian produced by Wakayama Prefecture. After leaving Tokyo University Preparatory School, he spent 14 years studying abroad in the United States and England from the age of 19 years old. By using document records in many languages, he published a number of essays both in Japan and abroad. The subjects of his research were multifaceted and included biological topics such as slime molds as well as the social sciences, and he played an important role in the field of folklore alongside Yanagita Kunio. He devoted himself to independent research his entire life and is gaining attention as a pioneering ecologist for the work he did to conserve nature in his region.